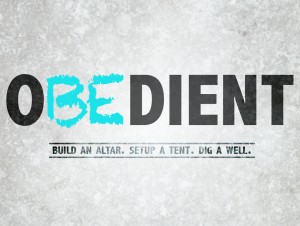 Obedience to The Almighty comes in many forms, but how do you obey?

In the book of Genesis, Isaac gives us 3 ways to obey and be pleasing to Him.

Build an Altar, Setup a Tent, Dig a Well

Every Saturday morning Pastor Jerry preaches to the Men of Valor – United Faith Church Barnegat.  The men in this group are dedicated to meet for worship, fellowship, encouragement, and putting to use the Godly teachings they receive every week from their time together. Pastor Jerry preached this sermon from the book of

Genesis 26:25 – Then Isaac built an altar there and worshiped the Lord.  He set up his camp at that place, and his servants dug another well.

He taught the men that just like Isaac they must build an altar to God, setup a tent, and dig a well.  What better example to follow than Isaac whose father was Abraham the “father of faith”?  The men of United Faith Church listened intently as Pastor Jerry Santiago began to expound upon what God had given him to share that day.

Build an Altar in Obedience to God

Pastor Jerry Santiago explained how Isaac grew up knowing how to please God because he had watched his father Abraham for so many years.  Just before verse 25, the Lord appears to Isaac and promises to bless him and to make him a great nation, all because of God’s promise to Abraham.  Isaac’s response was the same as his father’s, he built an altar and worshiped the Lord.  Pastor Jerry Santiago said that all Godly men must do the same.  He questioned the men, “Is there a place you go where God speaks to you?  Is there a morning prayer walk or a spot you go for devotions and hear from the Lord?  If so, then keep doing what you are doing and worship God because He has blessed you.” He encouraged the men to build an altar of praise and return to it every day in thanksgiving because of what God has done. The men must build an altar of praise and worship when he answers prayers, keeps you safe, provides for you and blesses you. These altars will serve as a memorial in your heart for the rest of your life that you can always look back upon and remember that God is faithful to each one of his promises.

Setup a Tent in Obedience to God

Pastor Jerry Santiago delivered the second “must do” of his sermon to the group, be obedient to God and trust Him as Isaac did when he setup his camp.  At first, building a tent seems like a very ordinary and routine thing to do.  However, Pastor Jerry went on to explain to his listeners that the beginning of Genesis 26 says that a severe famine had struck the land.  It also says that the Lord told Isaac not to go down to Egypt but to stay where he was and live as a foreigner.  The logical and prudent thing to do would be to go to a big city like Egypt for food and water, but instead Isaac obeyed God. Isaac trusted his God with every hammer upon his tent pegs. Pastor Jerry Santiago encouraged the men to trust in the Lord in all things, but he also advised not to get too comfortable.  After all, it was just a tent that Isaac lived in and God is always moving and instructing.  Just like Isaac, a faithful follower of God must be ready to obey whether it is to stay and wait or to move.

Dig a Well in Obedience to God

The final point that Pastor Jerry shared, deeply impacted the men of United Faith Church – every man must dig his own well.  Pastor Jerry Santiago described that throughout Genesis, Isaac was constantly digging wells just like his father.  When there was a dispute about a well he dug, he simply began another one having no time to waste.  Isaac also re-dug his father’s wells that had been filled in by their enemies.  Wells in Isaac’s time were crucial to sustain life.  Pastor Jerry Santiago described the parallel to their lives today.  Just as a man in the desert could not live off of rain water alone, the Christian cannot survive only by hearing Sunday sermons or attending Bible studies.  He must have his own personal connection to God, a life giving source to draw from daily!  “Dig deep men of God!” exclaimed Pastor Jerry.  He went on to explain how Satan has piled dirt in our lives, filling our wells.  He said they must get to the water that they need to live in order to survive in times of drought.  The water in the wells is the Word of God being made active and sustaining the land and people around it.  Pastor Jerry urged the men to quickly find out what is blocking that connection to God and to dig deep where the water can bubble over. It is imperative to dig until water is hit regardless of what opposition, dirt, or roots stand in the way!

The Men of Valor group responded to Pastor Jerry’s message in a time of prayer together.  They prayed that each truth that Pastor Jerry Santiago preached would become evident in their lives and actions.